Kerri is a Principal Lawyer in Anderson Fredericks Turner. She regularly assists employees and employers with employment law issues, including for unfair dismissal claims. Having previously worked as a Senior Crown Prosecutor, Kerri is an accomplished court advocate and skilled communicator.

If you have just been dismissed from your job and are wondering whether your dismissal was fair, you are not alone. Many people approach our firm asking, “Is this an unfair dismissal?” It is a question that generally needs to be asked and answered quickly because of the strict time limitations for unfair dismissal claims.

Today I am going to address some of the things to consider when asking the question, “Have I been unfairly dismissed by my employer?” As part of that, I’m going to provide some detail about how you may be able to decide whether to lodge an unfair dismissal claim.

I should just note that in addressing this issue and providing some information to people who might be interested in it, I really want to make clear that this is not – and is not intended to be a substitute for – legal advice. If you think you may have been unfairly dismissed and want legal advice, our firm offers a free case assessment to help us see if we can help in a specific case.

What are the grounds for Unfair Dismissal?

In knowing whether you have been unfairly dismissed, the Fair Work Act 2009 (Cth) provides a national legal standard of what an unfair dismissal is:

In some situations, a person may think they have been ‘unfairly dismissed’ – and that may be so – but there are other legal claims that may be more appropriate or stronger. For an unfair dismissal claim to be successful, all four tests must be met. Some people read the words and think, well that doesn’t apply to me. The answer is not always obvious. I’ll address each test or element in turn.

Have you been ‘dismissed’?

So if you answered yes, to any of those scenarios, then you may well meet the legal definition of being a person who has been ‘dismissed’. It is certainly not the end of the matter.

Now for some people, the situation just isn’t that straightforward.  What if your employer is making your work life so difficult that you have no choice but to resign from the job that you enjoy?  For example,

Should you find yourself in one of these situations, your situation certainly starts to become more complex in a legal sense in terms of whether or not it constitutes a ‘dismissal’. 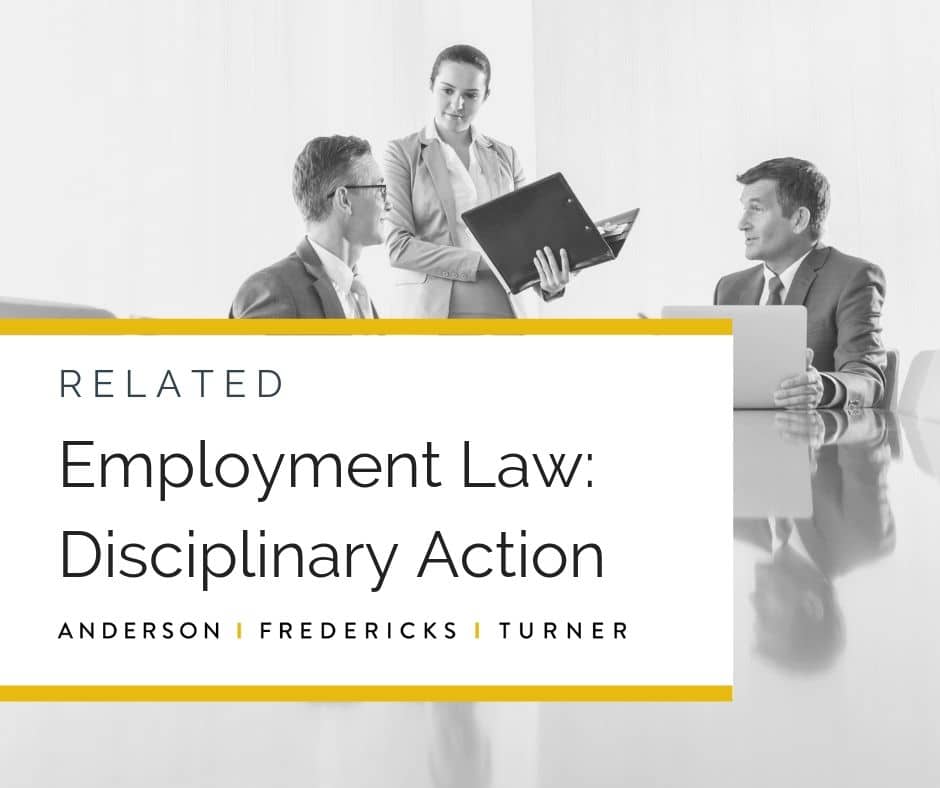 Was your dimissal ‘harsh, unjust or unreasonable’?

So what does it mean for a decision to be ‘harsh, unjust or unreasonable’? First things first, notice that is an ‘or’ not an ‘and’. That is important, because those words mean different things and you only need to establish one of them.

Section 387 of the Fair Work Act provides a checklist of items that must be looked at when considering whether a dismissal was unfair. It reads:

In considering whether it is satisfied that a dismissal was harsh, unjust or unreasonable, the FWC must take into account:

If you do file an unfair dismissal claim that is contested at a hearing, the Fair Work Commission must look at each of these items to determine whether your dismissal was harsh, unjust or unreasonable.

So, in order to illustrate how that goes, I’ll take you through some decisions from the Fair Work Commission. I hasten to add each case really does turn on its own facts so even if something seems similar to your situation, there may be good reason why your case could see a different outcome.

“whether there was a valid reason for the dismissal…”

In a 2018 Fair Work Commission decision ([2018] FWC 3569), a clerical worker was found to be unfairly dismissed by a small business employer of nine (9) employees after it failed to give a reason why they were terminating the employment.  While the worker received a termination letter, it made no mention of previous verbal warnings nor any reason as to why their employment was being terminated.  Instead it said, ‘if we require your services in the new year, we will be in touch’.

The take home message here is that when you are terminated, make sure that your employer clearly tells you why you have been dismissed.  If not, you might have a case of an unfair dismissal on your hands.

“an opportunity to respond…”

In another 2018 Fair Work Commission decision ([2018] FWC 6666), a small business employer of two (2) employees was described as “jump[ing] the gun” when they demoted an employee without explaining why, or giving them an opportunity respond. The Commission went on to describe what the employer should have done in that situation. Essentially, they should have calmly told their employee in private the performance concerns they had and then given them a short period of time to respond to those concerns.  Had the employer done so, its probable the dismissal would not have been ruled an unfair one.

Was your employer a ‘small business’?

If you have recently lost your job by way of an ‘other’ dismissal the and you are pretty sure that you haven’t been dismissed by way of a summary dismissal, then I ask you to think about the following questions that help you to know if you do fall into this ‘other’ category:

Q 1 – did your employer give you a reason for being at risk of dismissal?

Q2 – Was the reason for dismissal because of your ability to do your job or how you behaved at work?

Q3 – were you given any verbal warnings about your behaviour?  And if you didn’t improve, then were at risk of being dismissed?

Q4 – did you employer give you an opportunity for you to explain your reason to their concerns?

Q5 – did your employer give you any time to try and correct these concerns?

Q6 – did your employer allow you to bring a support person to any discussions around a potential dismissal?

If you think that your employer might have missed any of the steps above when terminating you or are unsure about it, you are welcome to get in touch with our firm to see if we can help in your case. 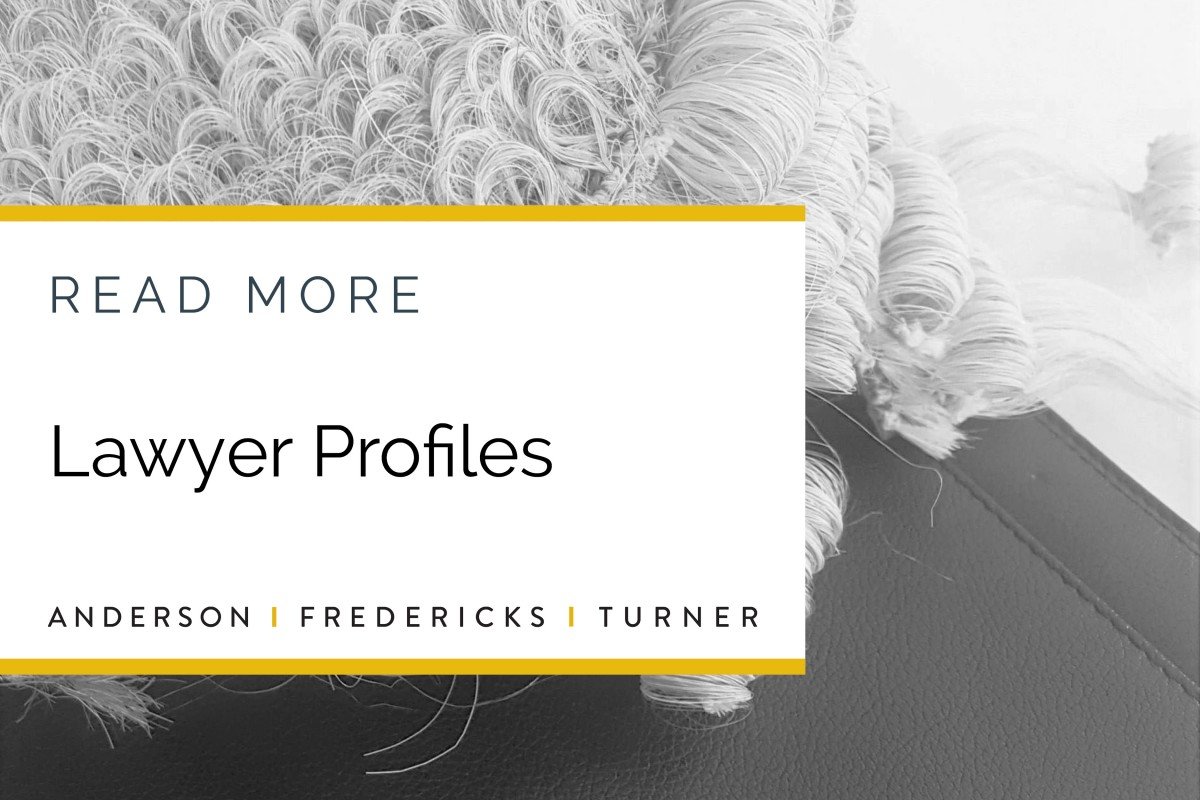 The dismissal was “not a genuine redundancy”

Should you find yourself in a position where you question whether the redundancy was ‘genuine’ according to these considerations, then you may have been unfairly dismissed.  I should add that it may not be enough to simply think in those terms. It is also worth considering what is required for it to not be a case of genuine redundancy.

Not a genuine redundancy?

What is not a genuine redundancy is when reasonable re-deployment exists in the business but the employer doesn’t offer this opportunity to their employee.  Another example might be if an employer offers an employee a re-deployment option but it is ‘doomed to fail’ from the beginning.

More complex questions arise if a company operates nationally or internationally. Re-deployments in those situations may involve shifting to an entirely new location. Other complex situations arise when the alternative job on offer amounts to lower pay or worse conditions.

When considering redeployment opportunities in the context of an unfair dismissal claim, it will really be assessed on a case-by-case basis. Unfortunately for both employers and employees, there is no ‘one-size fits all’.

While I’ve endeavoured to provide an overview about the way unfair dismissal laws operate in Australia under the Fair Work Act, it is just that – an overview. Each case will depend on so many variables – such as the compliance with workplace policies and procedures or prior written warnings.

Hopefully you feel more informed about the laws that apply when people claim that they have been unfairly dismissed. While it is designed to be a simple area of law to follow, the reality is there are often multiple legal options that a person may have available to them. An unfair dismissal claim may be just one of them – and making it – instead of another claim – can then preclude other action being taken.

If you want specific advice or representation for your own situation, feel free to contact me or another solicitor in our firm for that purpose. Our free case assessment is designed to help people decide whether it is right for them to engage a lawyer for their case with no cost and no obligation attached.

I just want to end by thanking my colleague, Karen Wilson, for her assistance in researching and preparing this information. It is work that allows our firm to make this kind of information more freely accessible for people interested in the subject matter.

Anderson Fredericks Turner has lawyers across Queensland who can provide specific advice with respect to issues involving employment law, including for issues relating to unfair dismissal. Our lawyers operate from local offices in Brisbane, Beenleigh, Maroochydore, Southport and Townsville, although we have the capacity to advise and represent people nationally.

Andrew is a Principal Lawyer in Anderson Fredericks Turner. He regularly assists employees and employers with employment law issues, particularly related to misconduct claims. Andrew is independently recommended by Doyle’s Guide as one of the leading white collar and corporate crime lawyers in Australia.