Kerri Fredericks Principal Lawyer in Anderson Fredericks Turner. Prior to operating a law firm she worked as a Crown Prosecutor and Barrister in Queensland. With a background of significant courtroom advocacy, she is independently recommended as a criminal lawyer in Australia.

In thinking about the penalties that apply in grievous bodily harm cases, there are a number of variables that need to be considered. By understanding the factors a court looks at in determining the appropriate sentence in a specific case, lawyers can make predictions about the possible or likely penalties that may apply in a future case.

Today I am going to outline information about some of the primary considerations a court will give when considering punishment for a charge of grievous bodily harm. I’ll also briefly analyse some past cases to show how courts sentence in practice applying the relevant principles. If you are interested in knowing more about pleading not guilty and defending a charge of grievous bodily harm, I have covered that separately.

Before I go on, I should say that any information covered should not be interpreted as legal advice, or a substitute for legal advice. If you (or a friend or family member) are facing a grievous bodily harm charge and want legal advice, or simply a second opinion, our firm offers a free initial case assessment to see if we can assist.

The maximum penalty for a charge of grievous bodily harm is 14 years’ imprisonment. A maximum penalty serves as a yardstick and a basis for the comparison between the case before the court and the worst kind of case the offence may involve.

Generally speaking, there is no ‘minimum penalty’ for a charge of this kind, but there are two exceptions:

In Queensland, there isn’t a broad system of mandatory minimum penalties. Typically, judges are given considerable discretion in setting the appropriate penalty.

Grievous bodily harm does have a further mandatory aspect about it and that relates to when an offence is declared a ‘serious violent offence’. If that occurs, then the person sentenced must serve at 80% of the term of imprisonment prior to being eligible for release on parole. 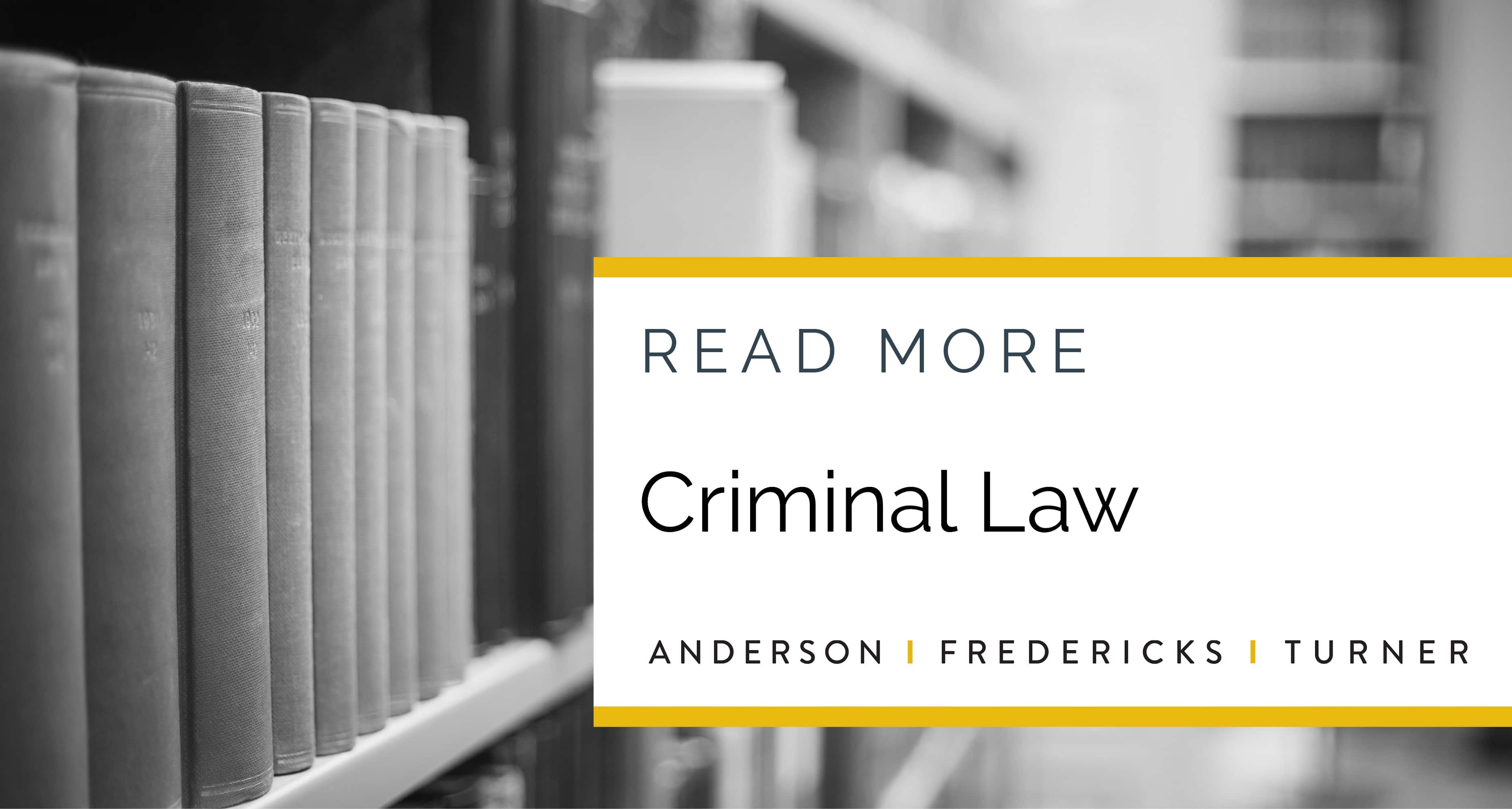 In Queensland, the Penalties and Sentences Act 1992 (Qld) is the place to start when seeking to understand how a court may approach a sentence for a grievous bodily harm charge.

In Queensland, the only purposes for which sentences may be imposed on an offender are—

So, to understand the emphasis a court may give to particular purposes of punishment in an individual case, it is helpful to understand some of the wider principles that are involved.

Imprisonment is not a ‘last resort’

For many offences, the Penalties and Sentences Act makes imprisonment a ‘last resort’ sentence. However, that is not so with violent offences in Queensland. The law says that principle does not apply for any offence—

So, what this means is when sentencing for a charge of grievous bodily harm, courts do not need to prefer a sentence not involving imprisonment nor one that keeps the person in the community as opposed to actual custody.

The law requires a court sentencing a person for a charge of grievous bodily harm to have primary regard to the following factors:

That may look like a shopping list, but it is actually just a fraction of all the relevant factors that may need to be taken into account by a judge. Preparing for a sentencing proceeding may be seem straightforward enough, but the difference an experienced criminal lawyer can make can be significant. Knowing what information is possible to obtain to assist the court in understanding any relevant context can be crucial to the penalty imposed.

Looking at past examples of penalties imposed for grievous bodily harm charges should be done with caution. Even the High Court of Australia has seen fit to remind us all that while sentencing patterns may have considerable significance, such patterns do not necessarily fix the boundaries a court must, or even ought, apply when sentencing.

There are many factors that influence the sentence imposed an individual following conviction for an offence. So, these examples of penalties imposed for grievous bodily harm charges in the past do not necessarily guide the penalties that will be imposed in any future case. If you seek advice about the penalties that are likely to apply in a specific case, feel free to contact one of our experienced lawyers for that purpose.

In looking at penalties imposed in the past, I’m going to break them up into four categories:

Following a conviction after trial, the 54-year-old defendant received a sentence of 9 ½ years’ imprisonment for organising a professional ‘hit’ on a business rival. The injuries to the complainant included multiple skull fractures, which resulted from being struck by a pick handle. It was described as a “most serious crime”.

Following a conviction after trial, the 41-year-old defendant received a sentence of 8 ½ years’ imprisonment for striking a long-term friend with a hammer. The complainant suffered serious brain injury as a result. While the sentence imposed was regarded as ‘very severe’ by the Court of Appeal, it was not held to be manifestly excessive.

The defendant, who was 18 years old at the time of the offence, pleaded guilty to one charge of grievous bodily harm. He had caused a deep laceration to the left wrist and thigh of the complainant, who subsequently lost feeling below his knee. The leg had withered as a result, which may also have led to amputation. The injuries came as a result of the defendant striking the complainant with a samurai sword. The declaration that it was a serious violent offence (SVO) meant that 80% of the 7 years imprisonment was to be served in custody before eligibility for parole.

The 21-year-old defendant was sentenced on appeal to 6 years imprisonment following a successful appeal by the Attorney General. The Court of Appeal declared it to be a serious violent offence (SVO), meaning that 80% of the 6 years was to be served before eligibility for parole. The defendant stabbed the complainant twice, which resulted in a slash wound to the left ventricle of the complainant’s heart. He almost died as a result of his injuries.

The defendant, a female aged 29 years old, attacked her then partner using a knife following an argument between them. She attacked him with a knife, which resulted in him being struck in the neck. The injuries to the complainant resulted in him suffering a permanent disability to his arm. The defendant received a sentence of 4 years imprisonment with a parole eligibility date after 1/3 of the sentence was served.

The complainant remained in hospital for over one month following an assault on him by the two defendants. The defendants chased the complainant down a street from a nightclub following some slight provocation. When caught, the complainant was punched several times in the head, rendering him unconscious and resulting in serious injuries. Following pleas of guilty, both defendants were ordered to serve 3 ½ years’ imprisonment with a parole eligibility date after 14 months.

The defendant was aged 17 years old at the time of the offence. He caused grievous bodily harm to his own baby, who was 3 ½ months old. The baby suffered injuries as a result of prolonged, repetitive shaking. There was damage to the child’s retina and bleeding to the skull, although no permanent serious harm was likely to result. The defendant was sentenced to 3 years’ imprisonment but with immediate release on parole.

The defendant successfully appealed against the original sentence of 18 months imprisonment, which required 4 months to be served before release on parole. On appeal, the defendant was ordered to be immediately released on parole. The defendant punched the complainant who was running in his direction. There had been a fight moments earlier involving the complainant. The actions of the defendant were found to be excessive in the unusual circumstances of the case.

The defendant was charged with wilful damage and grievous bodily harm from the one incident. An altercation commenced between the complainant and defendant as a result of a traffic incident. The spectacles of the complainant were bent, and her finger was bent backwards, causing ligament damage. The Court of Appeal reduced the sentence from a 12-month intensive correction order to 240 hours of community service on the basis that the defendant was a flight instructing commercial pilot. The original sentence was found to make her ineligible for her occupation, otherwise the original sentence was found to be within the appropriate sentencing discretion.

When I look at some of those older cases, I do wonder whether they would be decided the same way again today. Different issues can seem more or less important over time. The law can become clearer and the ‘yardstick’ can move by new cases or changes to the law.

The interplay of factors that drive the ultimate outcome in a sentencing proceeding can be extremely complex. Simply believing the ‘right’ outcome will result can be misconceived and result in an unnecessarily harsh outcome for people.

When I think about the sentencing factors that apply to grievous bodily harm charges, it shows that there is always something that may make a difference. For some individuals, working out whether they ought to be subject to a ‘serious violent offence’ declaration is critical. For others, it will be whether they can avoid being sentenced to actual custody.

Anderson Fredericks Turner has lawyers across Queensland who can provide specific advice with respect to issues involving grievous bodily harm. Our lawyers are available for all courts throughout Queensland and we operate from local offices in Brisbane, Beenleigh, Maroochydore, Southport and Townsville.